Z is the future workforce 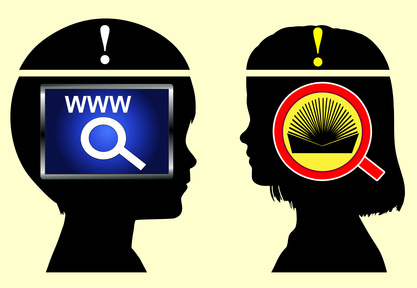 Have you heard of Kidzania where children get to work and earn money? Its slogan is „Get Ready for a Better World“. I took my 11-year-old nephew to a Kidzania when it opened at a new location 3 months ago. I had not heard of, nor been to one before so there we were, entering Kidzania with all the excitement of two „innocent“ first-timers. My „fear“ of having to chaperone my nephew all disappeared in a second because my nephew knew exactly what he wanted. He didn’t want to explore and see what (job) is available. He went straight to the Job Placement centre to take the Skills Set Analysis test and find out which jobs are recommended for him to take. I’m not sure if it is coincidence or the computer-based skills analysis was so accurate but he got the validation he wanted to do in real life: Pilot, Professional Driver, Scientist and Bank Officer. I didn’t want him to be restricted in his choice of profession in real life but I’m sure that validation gave him the confidence in his real life.

Sure, Kidzania is kids’ play but my nephew, along with a hundred other children, were all very motivated and worked very hard to try out different profession. They earn Kidzos for completing their job which can be used to buy gifts at the souvenir shop but money was not on his mind at all. It was the satisfaction of being able to say that he “succeeded” as a pilot. By chance, he volunteered to be an accident “victim”. He was so inspired by the care he received at the hospital that he signed up to be a doctor. He had so much fun that he asked me if a surgeon (in real life) is more recognised than a doctor, and off he went to stand patiently in line to be a surgeon.

My nephew is an only child and has led a pretty sheltered life. He has a helper at home who took care of him. When he was 7, he couldn’t even tie his own shoe laces but it was just an „act“: When his helper is nowhere to be found, he tied his own shoe laces.
Generation Z. They know how to maximise the resources that are available to them.
Gen Z doesn’t do things they are told to do. They are able to process and ponder questions posed to them and counter-question too. This generation is not shy (to question). If an answer is not available, they know where they can find it (internet); they are not going to follow a „trend“ because this generation, they want to make their own ground.

And they will vocalise their needs whenever it arises.
Some of us are the Gen Y the 20-something who have just finished school, some of us work with them now. I have heard of desciption such as „a bunch of lazy, unmotivated, quick-result workers. They have parents who bail them out at any chance. That’s why they do not care for work and will quit at any moment’s notice.“ Companies are forced to find creative way(s) to retain these „talents“ e.g. employ on a bonded fixed contract basis.

How, then, can we ensure that when Gen Z enters the work force, we can retain them and their talents? How can we make employment interesting and motivating to them?

Can we apply some of Kidzania’s concept in real life:

– Analyse the skills and match them to their interests

– Validate the individual‘s own belief in him/herself

– Understand and cultivate what they want to do in life

Just like Coaching, it is imperative to reflect, make a „discovery“ and set an aim.
Will they want to be „parented“? Why then would people be so excited to want to work for Google and Apple? The first thing you ask them, they seem to be „excited“ about the free food and drinks that are provided for. They also want a R&R area to mingle and supposedly let the „creative juice flow“. In my opinion, deep down, it creates a greater sense of belonging and make employees more attached to the company. Is this the effect of an only child „syndrome“? Is that why „Bunk-bed sharing“ is so popular in the (Bay Area) US? A space in a bunk bed where your life is an open display so everyone knows who snores during sleep, the underwear you wear, what you watch on your computers etc. This open concept living. Why does it appeal to the young Gen Y?

The Gen Z will want more of this and they will want recognition and tangible achievement. They will want to get involved in decision making which make them feel „at home“ as if they own the business. To do this, the future work place will need to be project-base work where people can move around jobs within the company, running on the concepts like Holacracy Hype i.e. self-managed teams where you design and govern yourselves. It allows people to pitch for roles which will maximise their talents, learn new things and think; where leadership is distributed among roles. This is what I’m expecting in the future workforce.